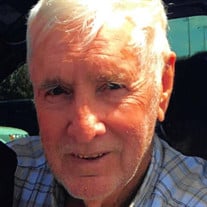 Theo Fern Scott, age 80, of Kynesville, FL, passed away on Saturday, August 8,2020. He was a native of Jackson County, born on August 19, 1939 to the late Linzey and Lessie Dilmore Scott. He proudly served his country in the Army National Guard.... View Obituary & Service Information

The family of Theo Fern Scott created this Life Tributes page to make it easy to share your memories.

Send flowers to the Scott family.