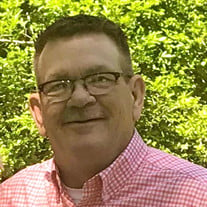 Terry Lee (Smiley) O’Neal 62, of Marianna FL died Monday, November 2, 2020 at his residence with his family surrounding him..  Terry was born on October 15, 1958 in Crestview, FL to George A. O’Neal and Clara Land Bauldree.  A diehard college football (Miami Hurricanes) fan, he spent many fall Saturdays (disappointed) by his own team but cheering them on anyway, as well anyone the Seminoles were playing. Known for his passion for sports, he coached his nephews on many City League Recreation teams. He was the coach and player of a men’s softball team that was feared by many, USA Sports Bar and Grill, as well as Badcock of Graceville. If you ever played with him or against him, you know how contagious his passion for the game was.  Terry also had a laugh that was contagious to all that were around him. He was often the reason for many, “Terry told me to do it” stories. He believed in living life to the fullest and if you were together with family you needed to be laughing. He always wanted to have good food and “A Large Time”.  His cooking, laughter and presence  will be dearly missed by his family. He is survived by his wife, Lisa; mother, Clara Bauldree; father, George O’Neal; sister, Vanessa Windsor (Ronny) all of Marianna; brother, Tim O’Neal (Leslie Woodfill) of Spokane WA; Jennifer Wake (Marc) of Bryant AR; step-children, Matt Williams (Kim), Kara Smith (David) and Cody Williams all of Bonifay; nephews, Tate O’Neal (Spokane WA), Lee Windsor (Becka); nieces, Gale Stewart (Stanley) all of Marianna, Brittany O’Neal (Josh) of Spokane WA; and five grandchildren. He took great pride in being the FUN uncle that spoiled them equally in love. A graveside funeral service will be 10:00 AM, Thursday, November 5, 2020 at Riverside Cemetery with Reverend Lee Windsor officiating and James & Sikes Funeral Home Maddox Chapel directing. In lieu of flowers please send donations to the help Miami’s football team recover fund, but don't waste your money, instead donate to the Alzheimer's Association at https://www.alz.org/nca/donate.

The family of Terry Lee O'Neal created this Life Tributes page to make it easy to share your memories.

Send flowers to the O'Neal family.