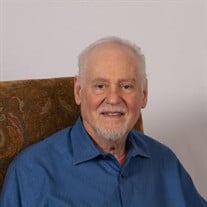 Rev. Stephen E. Potter went home to be with the Lord on April 1, 2022 at the age of 71. He was born August 20, 1950, in Tulsa, OK. He spent his childhood in Springfield, MO, Chesterton, Columbus, Washington, Indiana, and his Jr. & Sr. High School years in Shawnee and Oklahoma City, OK, where he graduated from U.S. Grant High School. He attended the University of Oklahoma in 1969 and was honored to study at the Vienna Symposium with the OU Concert Choir. He was in pursuit to be a professional vocalist when God called him into the ministry. He received his Associate of Arts Degree at Oklahoma City Southwestern, and then married the love of his life in 1970. He went on to receive his BA from Southeastern State University and his Master of Arts & Religion from LSU in Baton Rouge, LA. He did post-graduate studies from the Assemblies of God Theological Seminary. Stephen was Ordained with the Assemblies of God in 1982. He and Kathy ministered together in Assemblies of God Churches in Wichita, KS, Jacksonville, FL, Broken Arrow, OK, Little Rock, AR, Muskogee OK, and Wichita Falls, TX. 1985-’88, he taught voice and drama at the Jimmy Swaggart Bible College and was on staff at the Family Worship Center, directing the Sanctuary Choir. They then moved to Marianna, FL, where he pastored First Assembly of God for 28 years. He retired in 2016. Stephen was an active part of the Jackson County community serving as President of the Optimist Club, ‘91-’92, member of the Chamber of Commerce Board of Directors for 3 years, President of the Greater Marianna Ministerial Association for a total of 5 years, Section 7 Presbyter of the West Florida Assemblies of God, and a member of the Jackson Hospital Chaplaincy. He also participated as the tenor soloist for Chipola’s Community Choir presentations of the Messiah and Hayden’s Creation. Stephen was known for his robust and infectious laugh. He loved to read, work in his flower gardens, ride horses, create floral arrangements, and decorate buildings, churches, and homes. But his greatest joys were in the Lord, his family, and helping people grow in their relationship with God. He was preceded in death by his parents, Rev. and Mrs. B. E. Potter, and his brother, David E. Potter. He is survived by his wife of 51 years, Kathy, two daughters, Stacia (Vince) Spencer of Chipley, FL, Alecia (Michael) Corbin of Marianna, FL, 17 grandchildren, two great-grandchildren, brother-in-law, David Baldwin, sisters-in-law, Susan Baldwin and Barbara Potter, four nieces and one nephew. Pallbearers are Christopher Spencer, Nicholas Spencer, Truett Corbin, Jamison Spencer, Gabriel Corbin, Andrew Corbin, Alejandro Corbin; Honorary Pallbearers are Dr. Efiong Andem, David Baldwin, John Gardner, Phillip Hall, Rev. David Long, Buddy Lord, Thomas Parkhurst, Jim Phillips, Guy Tatum, Rev. James Holder. Funeral services will be 2:00 PM Monday, April 4, 2022 at First Assembly of God Church, Marianna with Rev. Tommy Moore and Rev. Mark Jakelsky officiating. A private family interment will follow in Pinecrest Memorial Gardens with James & Sikes Funeral Home Maddox Chapel directing. The family will receive friends from 12:30 until the time of service at First Assembly of God Church, Marianna.

The family of Rev. Stephen E. Potter created this Life Tributes page to make it easy to share your memories.

Rev. Stephen E. Potter went home to be with the Lord on April...

Send flowers to the Potter family.