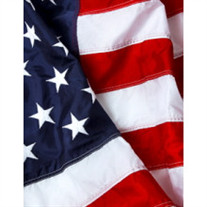 James L. Edenfield, 78, of Grand Ridge, FL, passed away on April 3, 2017.  He was born on December 19, 1938, son of Neal M. and Linnie V Edenfield of Grand Ridge, FL, where he was raised. Mr. Edenfield held Master's Degrees in mathematics and electrical engineering.  He retired from the U.S. Air Force with the rank of Major after serving for 20 years at bases in Japan, Korea, and in the U.S.  He was also a computer engineer at Robins Air Force Base in Warner Robins, GA for a number of years. After his retirement, Mr. Edenfield returned to Grand Ridge, FL, and devoted himself to genealogy, helping thousands of people with their family histories over the years.  He started the organization Edenfield Genealogical Society and the family history website edenfield.org; its database grew over time to include more than 260,000 individuals.  He also worked with his friend Wayne Carpenter to publish an extensive online survey of cemeteries in Jackson Co. and surrounding counties He was preceded in death by his parents, Neal M. and Linnie V Edenfield, as well as his brother Curtis M. Edenfield and his granddaughter Lauren E. Joiner. Survivors include his son Paul A. Edenfield of Buford, GA, daughter MaryCatherine E.  Brooks (Greg) of McCammon, Idaho; sisters Laverne Adams and Dorrece Lisenby; and grandchildren Jeremy N. Edenfield, Timothy J. Edenfield, Lindsay E. Edenfield, and Gregory G. Joiner. Funeral service will be 10 a.m. Thursday, April 6, 2017 at El Bethel Assembly of God Church, with Pastor Clinton Howell officiating. Interment will follow at Shady Grove Cemetery with James & Sikes Funeral Home Maddox Chapel directing. The family will receive friends from 4 to 6 p.m. Wednesday, April 5, 2017 at James & Sikes Maddox Chapel in Marianna.

The family of James L. Edenfield created this Life Tributes page to make it easy to share your memories.

Send flowers to the Edenfield family.