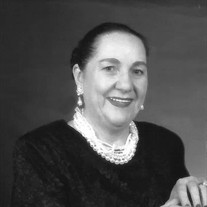 Betty McMillan Sessions, 84, of Daytona Beach, Florida passed into heaven on Monday, August 31, 2020. Betty was born on July 30, 1936 in Malone, Florida, to the parents of Fillmore and Ernestine McMillan.  She was married in 1959 to her beloved, Jerry Ladelle Sessions, formerly of Mobile, Alabama and a United States Air Force officer.  They enjoyed nearly 51 years of marriage, and many years of travel together during their marriage before his passing in 2010.  Betty was a retired educator and school system supervisor who taught for 38 years in school systems in Florida, California, Virginia, and Japan.  She received her Bachelor of Science Degree in Elementary Education and Social Welfare from Florida State University, and her Master's Degree in Supervision and Curriculum from the University of Northern Colorado. She also performed post-graduate studies at the University of Virginia and the University of South Florida.   Betty was a member of the NEA and other numerous County and State teachers' organizations, and the Educator's Honor Societies of Delta Kappa Gamma and Phi Delta Kappa. She was included in Who's Who in American Education for the consecutive school years 1990-1991 and 1992-1993.  Betty was also a member of The Air Force Officers' Wives Club, a Charter Member of St. Andrews Episcopal Church, The University of American Woman's Club, Okaloosa County Historical Society, and was named the Okaloosa County Teacher of the Year during the earlier years of her marriage and career.  These along with many other awards not listed are her many accomplishments and credentials of the profession she loved and mastered.  During her years of teaching, Betty saw to it that her young students were not only taught, but fed.  She made certain that those who had eaten no breakfast were fed before school began.  She also provided some students with clothing, when needed.  Betty performed these acts of love for her students at a time when government and school programs that now meet such needs were nonexistent.  Jerry joined her efforts in this regard, and they both derived much joy in doing so.  Betty and Jerry together created a brilliant and lasting legacy which is carried on by their family to this day.  Betty's most joyous accomplishment came through her relationship with Jesus, her friend, Lord and Savior, Whom she followed to the end of her life, as did Jerry, and as her sons and their families do today.  Her other great joy was the life she lived with the love of her life, Jerry, her greatest supporter, and in giving life to her beloved sons.  Betty will be greatly missed by family and friends, and will be long remembered for her giving heart and great love for others. She was preceded in death by her parents, Fillmore and Ernestine McMillan;  brother, Fillmore McMillan, Jr. and sister-in-law, Florida McMillan;  sister, Jean Rivers and brother-in-law, Grover Rivers;  and sister-in-law, Sandra Wilmot and brother-in-law, Roger Wilmot. Betty is survived by her three loving sons, Jerry Ladelle 'Rip' Sessions, II, of Jacksonville, Florida, Gregory Allen Sessions (Gabrielle), of Daytona Beach, Florida, and Geoffrey David Sessions (Marcy), of Jacksonville, Florida; adored grandchildren, Jacob McMillan Sessions and Julia Rose Sessions, of Jacksonville, Florida;  sister, Carol Anderson (Philip) of The Villages; brother Dougald McMillan of Dallas, Texas;  and numerous nieces, nephews, cousins, and many friends.    Funeral services will be conducted at James & Sikes Funeral Home Maddox Chapel with David Baldwin officiating. Interment will follow at Pinecrest Memorial Gardens with James & Sikes Funeral Home Maddox Chapel directing.

Betty McMillan Sessions, 84, of Daytona Beach, Florida passed into heaven on Monday, August 31, 2020. Betty was born on July 30, 1936 in Malone, Florida, to the parents of Fillmore and Ernestine McMillan.  She was married in 1959 to her beloved,... View Obituary & Service Information

The family of Betty McMillan Sessions created this Life Tributes page to make it easy to share your memories.

Send flowers to the Sessions family.