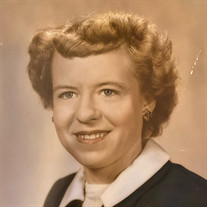 Elizabeth “Betty” Boutwell Jennings Linton passed away December 10, 2021. She was preceded in death by her first husband, James H. Jennings and all brothers and sister in laws on the Jennings side of the family; Her father and mother, William J. C. and Gertrude Mercer Boutwell; sister and brothers, Mozelle Boone, Gerold Boutwell, Lloyd-Earl Boutwell, Amos Hayes Boutwell and Willie Frank Boutwell. She is survived by one brother, Thomas and wife, Cheryl Boutwell; her children, James A Jennings and wife, Debby, Tony R Jennings and wife, Michelle; grandchildren, Cody Jennings, Robin Jennings, Leigh Anne Powell, husband, Tyson and Tony A Jennings, wife, Sayrah and many great grandchildren, nieces and nephews; Her second husband, William “Jboy” Linton, grandson, Jake Linton; son, Jeffrey Linton and wife, Layla and many grandchildren and great grandchildren from the Linton side of the family.  She love to fish and fish and fish and pick tomatoes. In her earlier years she excelled in being a seamstress and gardening. She was past president of the Panama City Garden Club and was awarded yard of the month twice. She loved water skiing and camping on the lake and river. She has also sewn many majorette and cheerleading uniforms for Bay County students in the sixties and seventies. The Flamingo Shoppe in St Andrews was her work passion with ladies clothes and accessories. So many great friends she had through the years and would help anyone at anytime. She raised her children through Central Baptist Church, where she was a member for many years. She moved to the river in Wewa permanently in 1982. James H Jennings died in 1994, she then married Jboy Linton in 1999. She spent her remaining years being mother to two families and was loved and will be missed by both. Such a large hole in our lives will never be filled again. Funeral services will be at 2 PM Tuesday, December 14, 2021 at The Church of Jesus Christ of Latter Day Saints in Marianna with Bishop Mark Sims officiating. Burial will follow in Lipford Cemetery with James & Sikes Funeral Home Maddox Chapel directing. The family will receive friends Tuesday, from 12:30-1:30 in the Relief Society Room at the church.

Elizabeth &#8220;Betty&#8221; Boutwell Jennings Linton passed away December 10, 2021. She was preceded in death by her first husband, James H. Jennings and all brothers and sister in laws on the Jennings side of the family; Her father and mother,... View Obituary & Service Information

The family of Betty Linton created this Life Tributes page to make it easy to share your memories.

Send flowers to the Linton family.