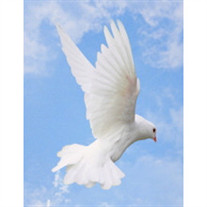 Bernise Hand  Burch, 82, of Grand Ridge died peacefully on Tuesday, October 10, 2017 in Marianna. Bernise was born April 21, 1935 in Sneads, FL to the late Malkie & Ethel Hewett.  She was an angel who loved her family and cherished every... View Obituary & Service Information

The family of Bernise Hand Burch created this Life Tributes page to make it easy to share your memories.

Send flowers to the Burch family.