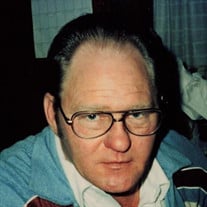 Alfred (Al) Ricks, 81, of Greenwood, Florida, passed away on Tuesday, September 7, 2021.  Al was a long-time resident of Jackson County, Florida, and was well known from his many years of serving the farming community as the Ford parts man at J D Swearingen Equipment Company.  He was a dedicated husband, father, grandfather, brother, and son.  He was a friend to many and known to most as someone you could count on.  Al grew up on a dairy farm in Louisiana where he learned to respect hard work and loved any opportunity to go hunting, fishing, and play blue-grass music.  He continued to share those qualities, interests, childhood stories and world’s greatest fried turkey, with his family and friends all his days. Al is survived by his son, Jimmy Baumgartner and his husband, Jim; his daughter, Denise Henderson and her husband, Ed; his grandson, Neil Henderson and his wife, Chelsea; his great-granddaughter, Harper Henderson; his nephew, Rob Halstead and his wife, Melissa; his niece, Sonya Romero and her husband, Anthony; his sister-in-law, Carrie Dykes and her husband, Gerald; his brother, Robert Ricks and his wife, Pat; his six sisters, Mary Louise Russell, Mathilda R. Mize, Thelma R. Simmons and her husband, John Hillary, Carrol Ann R. Corona and her husband, Thomas,  Ruby Ricks, Jewel R. Harrell and her husband, Danny. Al was preceded in death by his parents, Mr. and Mrs. Bennie Ricks; his brother, Maurice Ricks; his brother-in-law, Mike Halstead; his brother-in-law, Kirk Russell; his brother-in-law, LC Mize; his brother-in-law, Charlie Hudspeth; and his beloved wife, Sharon Halstead Ricks.    Funeral services will be at 10 am on Saturday, September 11, 2021, at Maddox Chapel with Rev. Jack Hollis officiating, burial will follow at Cypress Cemetery with James & Sikes Funeral Home Maddox Chapel directing. The family will receive friends from 9 am to 10 am, one hour  prior to the service at Maddox Chapel. www.jamesandsikesfuneralhomes.com

Alfred (Al) Ricks, 81, of Greenwood, Florida, passed away on Tuesday, September 7, 2021.  Al was a long-time resident of Jackson County, Florida, and was well known from his many years of serving the farming community as the Ford parts man at... View Obituary & Service Information

The family of Al Ricks created this Life Tributes page to make it easy to share your memories.

Send flowers to the Ricks family.